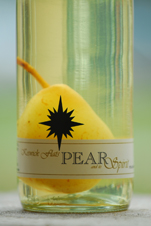 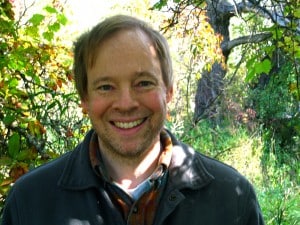 Todd Spencer’s freelance reporting and arts writing have been published in Salon.com, RollingStone.com, NPR (“On the Media,” “Marketplace,” “Living on Earth,” “The California Report.”), the Detroit News and Performing Songwriter, along with wine industry magazines Wine Business Monthly and Wines & Vines.

The Michigan native has also edited national advertising campaigns for everything from Audi and Adobe to Orville Redenbacher and HBO Video while contracting for various advertising agencies based in San Francisco.

After a brief time spent on the air at news and rock radio stations in the Midwest, Todd has been a full-time print guy, staff editing magazines and websites that have covered music, radio, the environment and public policy.

He started building cherrywine.com in 2008, to help people across the country discover and enjoy hard-to-find non-grape wines via direct shipment. Cherrywine.com launched to the public in September 2011.

Todd lives with his wife, son, and daughter in Traverse City, Michigan, the heart of tart cherry country, which is also home to 40-some wineries, almost all of which make some form of fruit wine or hard cider.

Special thanks to two very busy gentlemen who made key contributions:

As early as 2006, we sought and received the advice and ideas of  Don Coe from Black Star Farms — which makes an excellent flight of fruit and dessert wines, hard ciders and fruit liquors. Don led the fight in Michigan to win wineries the right to ship out of state (granted in 2007), and he is a co-founder of the original incarnation of wine.com, as well as having a decades-long career as a liquor company executive. Don is a wine marketing guru, a local agriculture ambassador and a true gentleman. 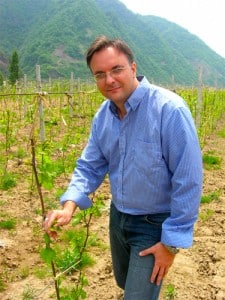 Invaluable consulting was also provided by Canada’s premier figure in fruit wine, Dominic Rivard. Dominic has won over a hundred international awards for his fruit wines and is an in-demand consultant who has helped wineries across the globe ramp up their fruit wine operations.

He is the author of The Ultimate Fruit Winemaker’s Guide and blogs about fruit wine at dailyfruitwine.com.

Dominic studied winemaking at the University of California at Davis, the most well-regarded program in the United States, and is starting his own winery in Nova Scotia that will specialize in fruit wine.

And to Angie Spencer for her patience, support, sales consulting and aesthetic judgment calls.